One of my regular customers recently brought me a 'Les Paul Custom' to set up. It wasn't cheap (going rate) and I saw immediately it was a fake.
The hard part was breaking the news to him.
So here are a few things to look out for, there are many more but these are the obvious, easy ones. 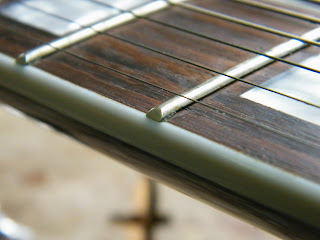 On the fake the frets are placed over the top of the binding on the edge of the neck. Here are a couple more views. 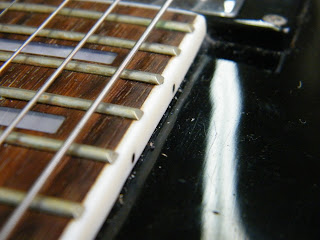 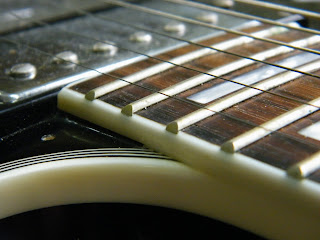 I've borrowed a real Les Paul Custom from Bungalow Bill's guitar shop (cheers bill) to show you how it should be  www.bungalowbills.com 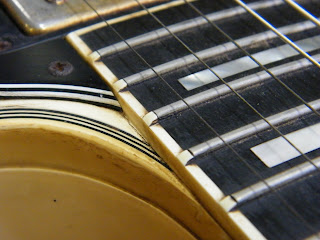 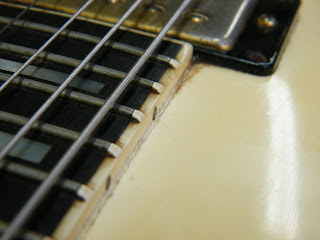 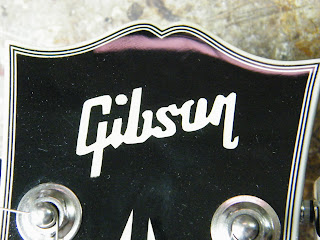 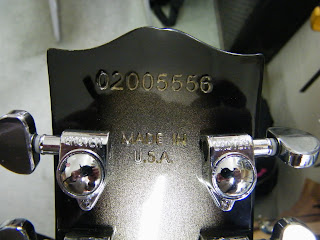 The 'Gibson" logo is slightly too 'puffed up', a bit fatter than the real one. Look at the "i, b" and "o". The serial number ties in with a real one so don't be fooled by that.
Here's the real logo. 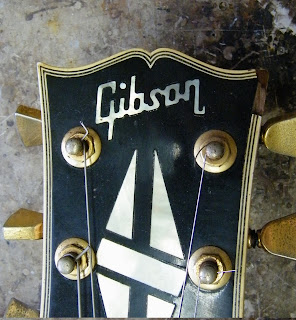 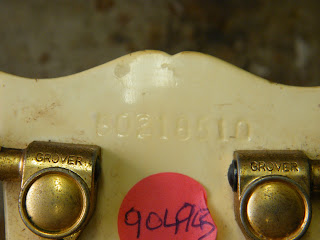 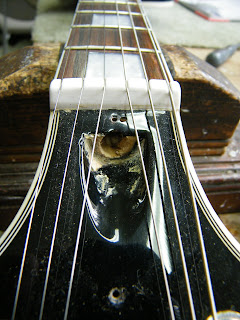 The adjuster is an allan key instead of a brass nut and the cavity is way too large. Here's the real one: 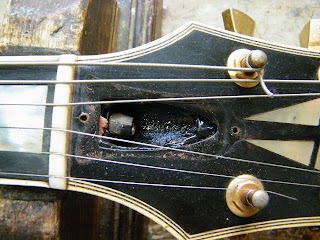 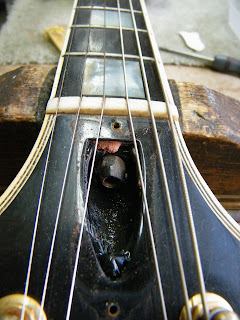 Finally I took the back cover off to take a look at the electrics. The cavity is the wrong shape, the pots are small Chinese ones, the wire coming from the pickups have coloured insulation, the capacitors are the cheap green ones and are wired up differently from the Gibson. 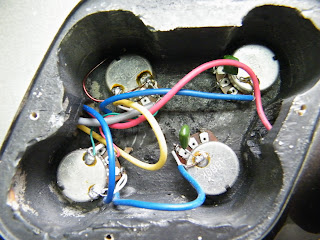 Here's the real one: 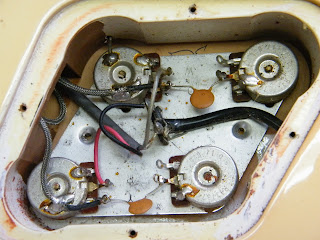 These are just some of the differences. If you're buying second hand ask to see these areas of the guitar.
There are a lot of fakes around, someone's making a lot of money.
There's a happy ending to this story - my customer contacted the seller who didn't know it was a fake and
gave him his money back. It doesn't always end this well.

Just received a fake Les Paul for set up and they've changed the binding to look like the real thing. 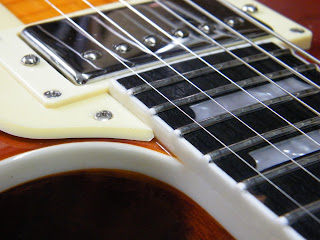 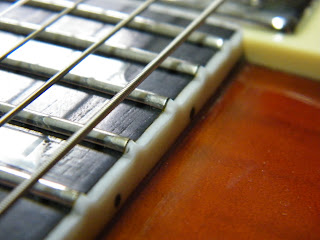 This one was bought new as a Chinese fake. They haven't done as neat a job of the binding as Gibson but it's still convincing.
The truss rod, logo, electrics etc. were still obviously fake.

It's getting harder to spot them!