I got back to the workshop after my xmas break, the phone rang and this became my first job of the year. 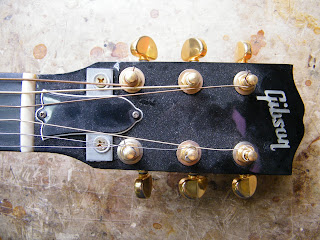 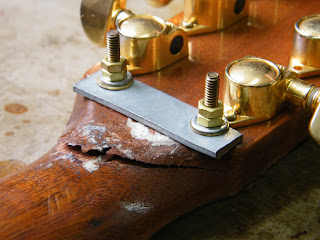 Ugly isn't it!
The head has been broken in a fairly typical way - I see this a lot and it is a routine job.
But this one has been 'repaired' badly and the glue has failed. Then they tried bolting it together and the result is obvious from the photo. 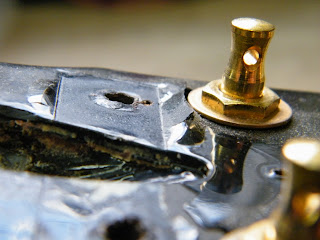 The bolts were tight enough to crush the face of the headstock - Its all a bit of a mess.

The unsuccessful repair makes it more complicated. I can't glue it back together - sticking failed glue to failed glue just isn't going to work.
I decided to cut out the damaged area and replace it with good wood.
I called the owner with my solution to his problem and he was a little reluctant at first (quite understandable). But in the end he gave me the 'go ahead'. 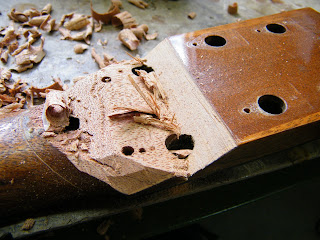 I made two saw cuts to define the section to be replaced and started removing mahogany with a sharp chisel. You can see one of the cuts on the left of the picture. I use a Japanese Saw - they're very accurate.
I'm going to leave the veneer on the front face of the headstock to give extra support and glue surface area. This makes it a lot harder but I think its worth it. 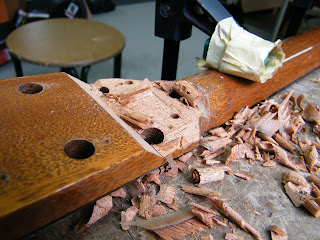 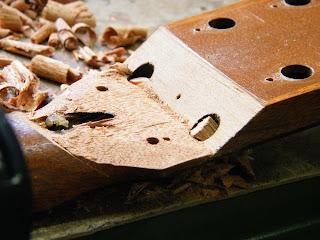 You can see the truss rod exposed in the middle of this picture. Sometimes things have to look worse before they can look better. This is not a job for the faint hearted - it is a Gibson after all. 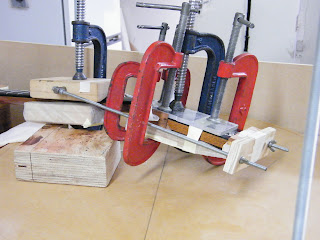 I carve a block of mahogany to fit the area I have cut out. I glue and clamp it in place. 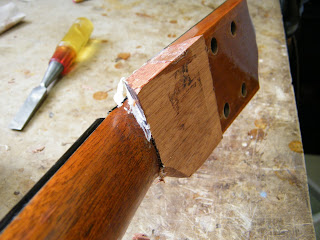 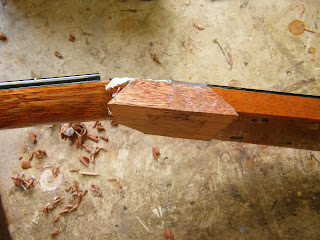 The new piece does look a little incongruous - there's a touch of Frankenstein's monster to it. 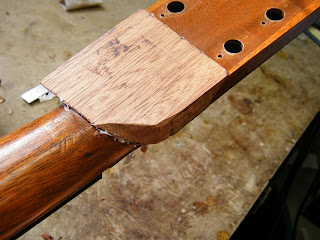 Here I've started to carve it. It's a sharp chisel job - it has been pointed out to me how much I go on about sharp chisels in this blog but I just can't help it.
Now its just a case of shaping it so it looks like a guitar neck again. 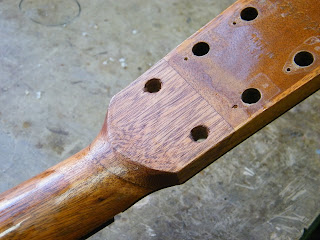 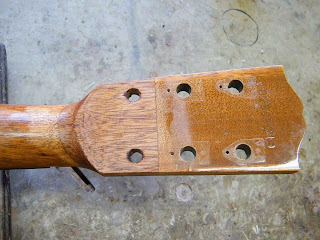 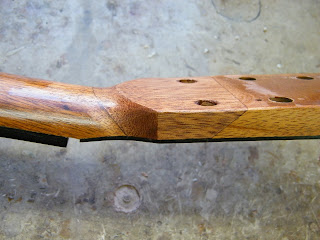 So here's the finished article. The owner didn't want any spray job (the cost can be quite high) so I just gave it a couple of coats of clear lacquer to seal it.
I'm pleased with it - saved a nice Gibson neck from the scrap heap.